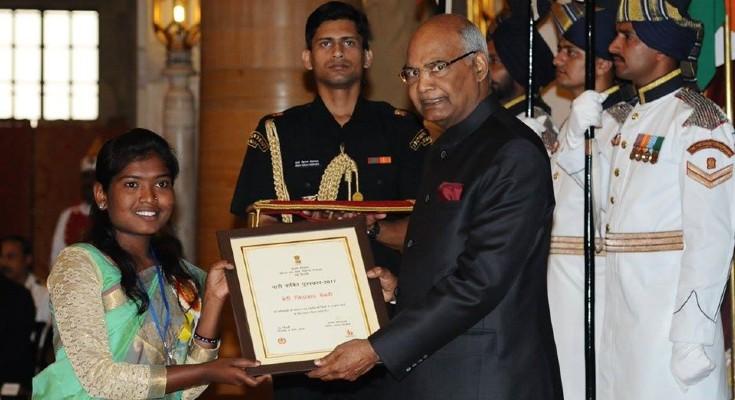 Beti Zindabad Bakery – as the name suggests it aims to empower women.

They help those who survived trafficking. This bakery is in a tribal Jashpur district of Chhattisgarh. It received ‘Nari Shakti Award – 2017 award’ from President of India on International Women’s Day.

In today’s time, it is very important for girls to stand on their own feet. At the same time, many such cases are heard that innocent girls became part of human trafficking. Concerned about this, ‘Beti Zindabad Bakery’ was opened in 2016, just like the Beti Zindabad program. The purpose of opening this bakery was to financially strengthen the trafficked girls so that they could become self-sufficient for their livelihood.

The ‘Beti Zindabad Bakery’ in Kansabel, a small town in Chhattisgarh’s Jashpur district, is the sole bakery in town. It is also a chance at rehabilitation for the many women who were victims of human trafficking from in and around the district. The Zindabad Bakery Team, has 20 girls working in this bakery. She is making herself independent with the livelihood that results from it. This work is inspiring other girls to move forward even after fighting difficulties.

Parwati Chauhan, a 21-year old woman had to spend her days in the darkness of trafficking. She was rescued by the Helpline after receiving a call from her to rescue her. But, when she was denied by her parents, the district collector Priyanka Shukla helped her. The collector didn’t save Parwati alone, but several girls as well.

Nari Shakti Samman, instituted by the Union Ministry of Women and Child Development, carries a cash prize of Rs one lakh.

According to the Parwati we are not taking our salaries, because we want to pay off the loans, which we are close to doing. So we keep the money for the future of the shop,” she said.

The group of 20 girls who started the venture is now down to 10, with many of them now married. But even after leaving the bakery, the others have become anti-trafficking ambassadors for a district that needs such inspiration. Even in our villages, they say we have become big women now. More rescued girls are joining them..