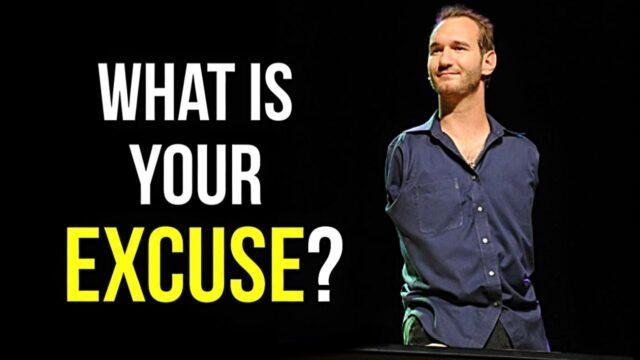 Nick Vujicic is an Australian motivational speaker and Christian evangelist.

God has used Nick’s testimony to touch thousands of hearts around the world! He was born with tetra-amelia syndrome, a rare disorder characterized by the absence of all four limbs.

On the morning of the 4th of December 1982 in Melbourne (Australia), the last two words on the minds of his parents was “Praise God!”. Their firstborn son had been born without limbs! There were no warnings or time to prepare themselves for it. The doctors were shocked and had no answers at all! There is still no medical explanation for this birth “defect”.

He was faced with many challenges and obstacles.  His parents had strong concern and evident fears of what kind of life he’d be able to lead. God provided them strength, wisdom and courage through those early years and soon after that he was old enough to go to school.

The early days were difficult. Throughout his childhood, He encountered uncomfortable times of feeling rejected, weird and bullied because of his physical difference. It was very hard for him to get used to, but with the support of his parents, he started to develop attitudes and values which helped him overcome these challenging times. There were many times when he felt so low that he wouldn’t go to school just so he didn’t have to face all the negative attention. He not only dealt with the typical challenges of school and adolescence, but he also struggled with depression and loneliness.

At the age of 10, he wanted to end this pain and end his life, but that time He was encouraged by his parents and family who were always there to comfort him and give him strength. But he then decided to turn things around. Nick came to terms with his disability and decided to inspire others not to be grounded by their limitations. God has implanted a passion in him of sharing personal story and experiences to encourage and inspire others to live to their fullest potential and not let anything get in the way of accomplishing their hopes and dreams.

According to Nick, the victory over his struggles, as well as his strength and passion for life today, can be credited to his faith in God. He read about a disabled man who refused to let physical limitations dictate his life. At that moment, Nick says, he realized he had the ability to take control of his life. Instead of looking at everything he lacked, he decided to look at everything he could have. Now a famous author and international speaker, Nick inspires the world every day to live a life without limits. His message is brilliantly sobering and electric.

He has since spoken over 3,000 times in a total of more than 57 countries on topics as varied as bullying, inspiring positive change, persistence and determination, and his own life story.

Nick is the author of several books, including Life without Limits: Inspiration for a Ridiculously Good Life, Unstoppable: The Incredible Power of Faith in Action, Love without Limits: A Remarkable Story of True Love Conquering All and Stand Strong: You Can Overcome Bullying

Able-bodied sportspersons struggle to be good at one sport, this man is good at three. The lack of any limbs has had no effect on him and he is still moving forward.

He trained hard, became a swimmer, skydiver and surfer.

No matter where he goes he communicates one core message— that no matter your circumstance, you can overcome!

We could all learn something from him. Never give up is the lesson from his life we can take away.

Now don’t think of this as self-boasting, consider it as an example of how deeply rooted our tendency of giving excuses is. Whether small or big, these critically impart a severe blow to our potential growth. Excuses are our common tool to dodge any hard work, which eventually grows into procrastination. A simple yet powerful way to build a door before any opportunity and a means to put an end to possibilities.

Youtmotivation
सेल्फ मोटिवेशन
Eighteen-year-old Arjun Deshpande has been eagerly waiting for his class 12 results while the Covid19 lockdown continues in Mumbai. He loves football and reading....