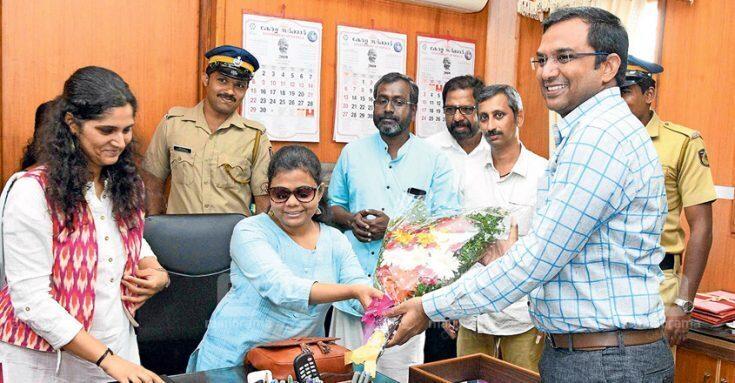 When the Going gets Tough, the tough get going

Every year about thousands of aspirants join coaching centres across the nation to sit for the Union Public Service Commission (UPSC) with a hope to join the IAS, IPS and IFS ranks. No doubt it is one of the toughest examinations and even the best of the best at times fail to clear the exam.

While many students give up before trying or lose hope of clearing the exam, this story about a woman who became India’s first visually-challenged woman IAS officer will warm your heart and inspire you for sure.

Pranjal Patil, who is a native of Ulhasnagar in Maharashtra lost her eyesight when she was just six years old. But that didn’t stop her from moving forward in life.

This incident not deter the youngster from pursuing her civil service dream. In 2016, she cracked the Union Public Services Examination on her first attempt with a rank of 773. Ironically, she was refused a job in the Indian Railway Accounts Service on the grounds that she was visually challenged.

Patil cracked the UPSC exams in the second attempt as well and stood 124th in the country. In 2017, she was appointed the assistant collector at Ernakulum for which she underwent training at the Lal Bahadur Shastri National Academy of Administration, Mussoorie.

Pranjal’s story tells that weakness or disability is not in the body, but in the mind. Pranjal never considered herself disabled, but considered specially abled. Then perhaps even after so many challenges, she did not look back.

It would not be wrong that she has set an example for many and has become an inspiration to millions of people.

Youthmotivation
ऑनलाइन फ्री बुक्स
IntroductionRICH DAD POOR DAD I had two fathers, a rich one and a poor one. One was highly educated and intelligent. He had a Ph.D....

I Hate Plan “B” -Arnold Schwarzenegger