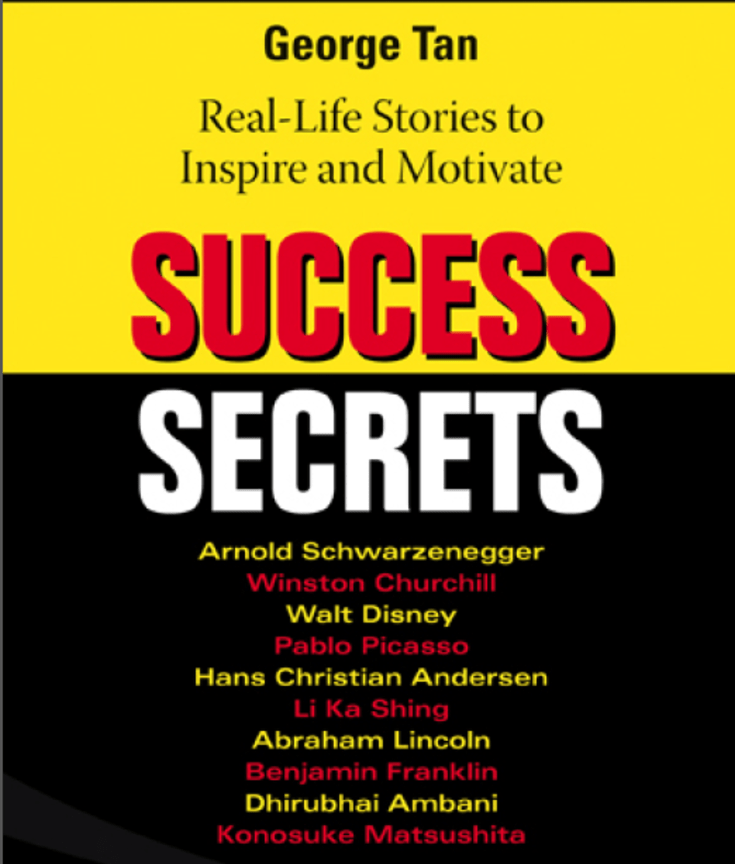 If you sincerely want something, the potential to bring it into reality already exists within you — and in those with whom you can connect.

I call this potential the “Acorn”. It is the seed that has the potential to one day grow into a magnificent oak tree. The mighty oak sleeps within you right now. Water this acorn. Nurture it. One day, it will sprout. Slowly, that tiny seedling will get bigger and bigger!

It took me quite a while to grow my own oak tree, to fully realise my potential for achieving success and excellence in life.

When I was young, I was pretty much average. In my high school class of 430 students, I graduated somewhere around 175th. In athletics I was average as well. The only team I joined was the swimming team, and I dropped out of that before the season was fully underway.

Socially, I was again average. I had several good friends and was generally accepted by others in all the varied groups at school. But nobody encouraged me to volunteer for student leadership or nominated me for key roles in the school. In college, my pattern continued, but declined. I earned below average grades for two years in a row. Finally, I dropped out.

Somewhere along the way, however, my mindset changed. I began to realise that I could do significant things. I realised that if I really tried, I could actually be “somebody”. That was when I learned how to study and how to cultivate the self-discipline I needed in order to take control of my own life.

Today, I am living my dream. I have been the president of my industry association. I have written 13 books, two of which became national bestsellers. And I have been inducted into the Speakers Hall of Fame.

I am not telling you this to impress you. I am telling you this so that you know that I know what I am talking about when it comes to the message in this book, George Tan’s SUCCESS Secrets.

George has endured more hardships than any person should ever have to endure. Yet, he has transcended his limitations and pain to become a remarkable human being. He lifted himself from poverty and abuse to success and leadership by learning how to make things happen in his favour. You can learn this too.

George shows you how to acquire the mindset and skill sets that will bring you anything you want in life. He not only shares his methods, he also tells you the “back stories” of many of the most prominent leaders and successes in the world. You will learn how they, like George, overcame significant challenges and went on to achieve greatness.

George presents his “secrets” of success in a simple formula that he calls PRAISE, which stands for six key concepts: Prizedream, Rules, Analysis, Invincibility, Strategy and Excellence. In his reader-friendly writing style, George shows how this life skills model can be your formula for a better life.

This book is divided into two parts, titled “Inspiration” and “Life Skills”. In Part I, George shares his life story and the PRAISE model for excellence and success. In Part II, he presents life stories of people who excelled in fantastic ways despite little or no formal education. While studies are undoubtedly important, what’s more important is having the attitude and life skills that will help us pick ourselves up when setbacks do occur — and, from there, rise to even greater heights.

Having been a college dropout myself, I fully appreciate the tremendous value of this vital message. I know what I am talking about. So does George, who has overcome far greater difficulties and setbacks than I.

I have been inspired by this book, and I know that you will be too. Take your time and read it thoroughly. Become a successful person as you study this message. Don’t just finish the book, consume it! Let its message become a part of your new thinking and actions.

This book can not only help you and those you know to become successful people, it can also help you attain the life of your dreams. It may even expand your dreams far beyond what you previously believed was possible.

There is an acorn in each and every one of us. SUCCESS Secrets provides the inspiration and the life skills — the water and the nutrients — to transform that acorn into a magnificent oak tree. It will help you become the person you are capable of being, and lead you to higher levels of excellence and success.

This is a must-read book about excellence and success in any educational pursuit and beyond. A greater future awaits you.