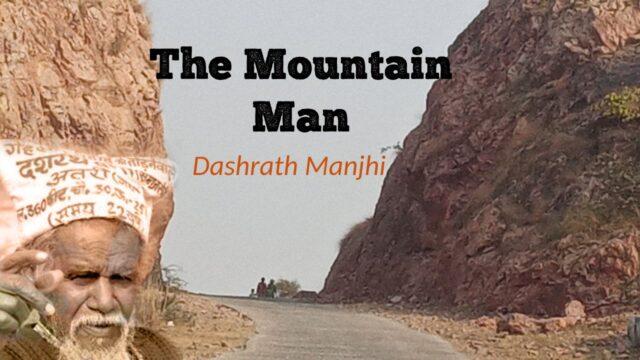 Dashrath Manjhi, popularly known as the “Mountain Man” is a legend who proved that nothing is impossible to achieve. His life gives a moral lesson that a small man, who has no money and no power can challenge a mighty mountain.

Dashrath Manjhi, a poor labourer from Gehlaur village in Gaya district, Bihar. Child marriages were prevalent in Bihar in those days and Dashrath Manjhi was married at a very young age. He was from an underprivileged low caste family. Condition at home was so bad that he ran away to escape hunger and poverty. He worked in Dhanbad coal mines, Jharkhand for several years.

As the story goes, few years later when he returned to his native he fell madly in love with a beautiful village girl Falguni Devi. Strange but true, Falguni devi turned out to be his child bride whom he had left behind several years ago. Falguni’s father however opposed to their reunion as Dashrath Manjhi was a jobless youth. But then who could stop the loving hearts? They eloped and their love blossomed as they led a very happy married life. Gehlaur village where Dashrath Manjhi stayed with his family was bordered with the Gehlour hills. This hillock stood between the village and a town with all essential amenities and services and the fields where the villagers worked. Dashrath Manjhi and his family like other villagers had to walk several miles around the hills every day to reach their fields, school, hospital etc. Dashrath Manjhi worked as an agricultural labourer, life was a struggle but he was happy and content with his wife and son.

It is said that, sometimes when everything goes well, life is destined to takes a turn, a turn towards worse. Life had something else stored for this lovely couple that changed their life story completely. One day while crossing the hill to share lunch with her husband, Falguni slipped and was seriously injured. It was an emergency as she was in an advanced stage of pregnancy. Dashrath Manjhi found her in a blood-splattered state and rushed her to the hospital. Hospital was on the other side of the hill, 70 km away. To reach the hospital he had to take the torturous long route around the hill and by the time he reached the hospital, doctors were not able to save her and Falguni Devi had breath her last. Dashrath Manjhi was overcome with grief as he found it very difficult to believe that his wife had passed away because he reached the hospital late. Thoroughly dejected and grief-stricken, Manjhi started cursing the hill that had robbed him his beloved. 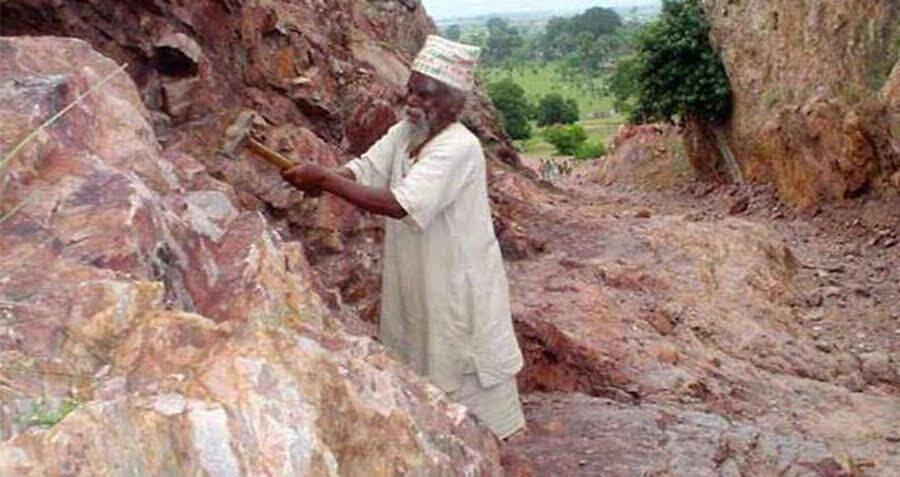 MAKING OF THE MOUNTAIN MAN

Angered by the death of his wife he pledged that he will single-handedly cut a path right through the rocky hill of Gehlour. He took it upon himself to break the hill and create a path right through it so that no one from the village would suffer as he did. A mighty mountain had to be conquered so with a hammer and chisel he started digging. A daunting task which he took up in 1960 and he worked tirelessly day after day. Villagers laughed at him, he was mocked at, people thought he was mad, but without caring for the criticism and with single minded determination he continued working for the next 22 years.

Dashrath’s perseverance and his devotion attracted the attention of the media and he started receiving help from fellow villagers who once openly laughed at him. At last, in 1982, his long-cherished wish of digging his way through the hill was fulfilled.

After 22 years of working relentlessly from 1960 to 1982, he made the impossible possible. He had single handedly constructed a path, 360 feet long, 30 feet wide, and 25 feet high. This path decreased the distance of 55 km between Atri and Wazirgunj to 15 km. Coming out of its apathy in 2011, the government of Bihar named the road as ‘Dashrath Manjhi Path’. Dashrath Manjhi’s single minded dedication and passion earned him the name, “The Mountain Man of India”.